Topic: The physics of Black Panther

What is the superhero? Superhero is a character in a movie or story that has the special abilities and uses it to help others in need. He or she has the abilities and power to fight the evil, fly and helping people who are in need. Superheroes are everywhere in these present days because their stories mostly apprehend the important truths about our human nature.

One of the brilliant superheroes of all the others is the Black Panther. The Black Panther originally comes from a ritual title given to the chief of the Panther Tribe of a fictional African nation called Wakanda. From the Black Panther trailer, Wakanda nation is the “most technologically advanced nation in the world.” T’Challa father, the previous king of Wakanda, was killed by Ulysses Klaw during giving a speech at a UN conference. After the death of his father, the prince returns to his technologically advanced home (Wakanda nation) and officially became the king of Wakanda. Not long after the return, Black Panther enemy reappears and building up conflicts and dangerous risks to the entire world. The power king and all of his allies put in strong commitment, defeat the evil enemy, and create security for all of his people. But what power does the Black Panther has to defeat the powerful enemy?

As Wakanda located in East Africa, this place is the essential element of language, cultures and rich natural resource. In the Marvel Universe, Wakanda is an environment full of minerals and a rich substance called vibranium. To the science behind the Marvel Universe, vibranium is a metal that is capable of observing vibration and waves. Many superheroes used vibranium to create their weapons and armor. IN the movie, Shuri, Black Panther’s sister, was the engineer that uses vibranium to create the Black Panther’s suit that store kinetic energy, which bullets from the enemy bounces off the hero. According to Kakalios, a physicist and astronomers at the University of Minnesota, he stated that “In the Black Panther, blasts absorbed by a vibranium suit would have to go somewhere. Energy can’t be lost and suggests a phenomenon called sonoluminescence, in which waves are converted to light.”

In most of the Marvel Universe, vibranium has the honor of being special and was considered as the least understand materials in the fictional Marvel world. It is well known in the Captain America’s shield and the Black Panther’s suit are made out of vibranium to absorbs kinetic energy. “T’Challa’s senses and physical attributes have been enhanced to superhuman levels by the heart-shaped herb.” Black Panther is a great warrior and the king who save many people and bringing peace to Wakanda. He has the ability to master plan the battle with the enemy and every step of his plan will always highly achieve his goals and the protection of Wakanda kingdom.

When learning about and discussing physics, we focus heavily on energy, the core element of the science. To better understand this connection, it helps to refer to a solid working definition of physics.
o sum it all up in the easiest of terms, physics is the study of matter and energy, and how they relate to one another. Some people, especially those more creatively inclined, might want to look at it in terms of form and content-form being matter, and content being energy.​ Energy may manifest itself in many forms, such as light, motion, gravity, radiation, electricity, and others. Matter, on the other hand, covers any and every physical manifestation, from the smallest particles such as atoms and sub-atomic particles, further into larger physical groups such as stars, universes, and galaxies.As a whole, physics is closely related to mathematics, for it provides the logical structure in which physical laws may be formulated and their predictions quantified. A great many of physics’ definitions, models, and theories are expressed using mathematical symbols and formulas. 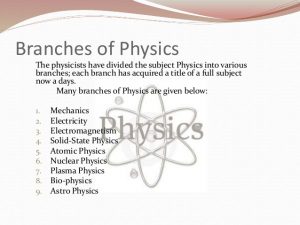 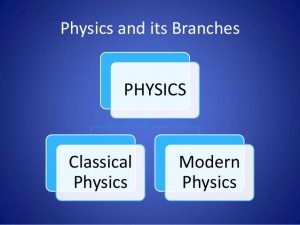 Hello beautiful people! It’s me, Samnang! I was born in Kompong Thom, a rural province in central Cambodia. I go to this unusual school call The Liger Leadership Academy, which is an amazing school that has contributed to who I am today. I am only sixteen, but I have many goals and aspirations. I want to go out there and travel the world. I believe that travel is particularly good for developing critical thinking and it forces me to examine my own values and beliefs in comparison to different perspectives and cultures. I feel like this is only just the beginning and I look forward to a new journey and chapter in my life.

Liger Leadership Academy students are English Language Learners. They have been immersed in English for over five years but are still developing grammar and fluency. At Liger, we pride ourselves on prioritizing process over product. Please excuse any English errors as part of the learning continuum our students have taken over the years.